By Sam Wexler
The first meet of the season was kicked off with the Varsity Girls taking third place with 92 points. All 7 girls placed in the top 35 of the race out of a whopping 145 runners. The team was led by Liz Hogan’s 12th place finish with a time of 19:39. Audrey Lookner and Hailey Leader joined her in the top 20 with their 17th and 19th place finishes respectively. Closing out the scoring for the coyotes were the Wexler sisters, Sam and Anna with their 24th and 27th respective finishes. Abby Hein in 30th and Brooke Forsythe in 34th rounded out the varsity coyotes. Peak to Peak’s Quinn McConnell was the overall winner in 18:18 and the Broomfield girl’s took the team title with 39 points. 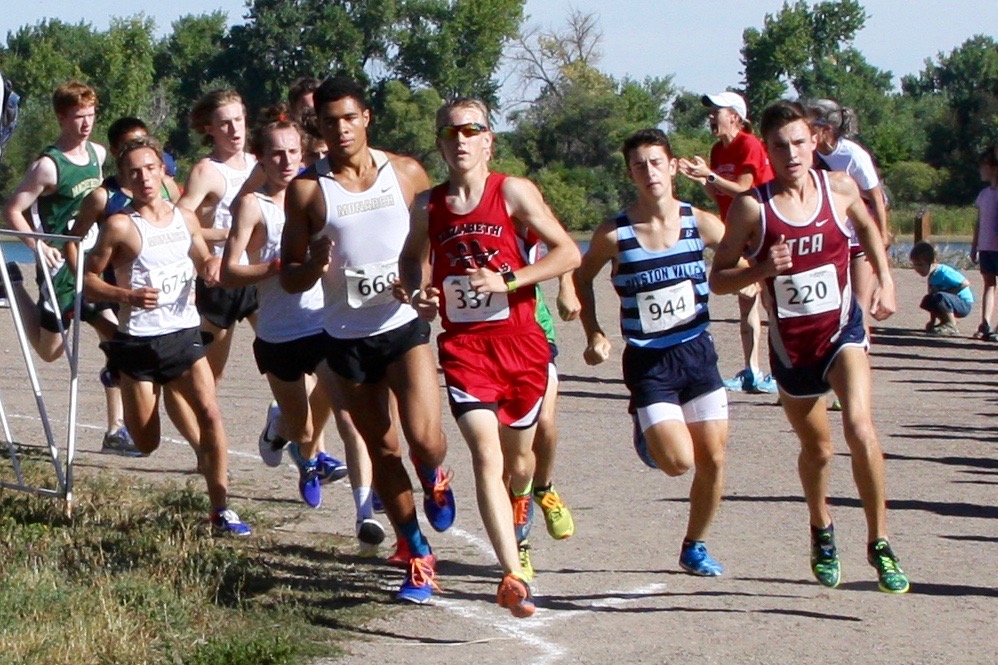 The varsity boy’s race was one that made a state, and potentially, nation wide statement. Isaac Green led the team with his 2nd place time of 15:50. Charlie Perry and Zach Litoff came in 3rd and 4th, followed closely by Greg Hibl in 7th and Will Dixon in 14th. Their winning score of 30 points was 65 points better than runner up Arvada West (ranked ahead of MoHi in pre-season polls). Paxton Hansburg and Brandon Wallace rounded out the coyotes in 40th and 44th place respectively. The Classical Academy’s Tanner Norman was the overall winner in 15:39.

The JV girl’s were every bit as dominant as the varsity boys as they won their race with a score of 32 points. The JV girls were paced by Libby Moore’s 2nd place finish at 21:20. Cora Isaacson in 4th, Maddie Johnson in 6th, Caroline Bearce in 9th, and Ginger Harrington in 11th rounded out the team scoring for the coyotes. Annabelle Richards in 20th and Victoria Suazo in 23rd placed all 7 JV coyotes in the top 25.

Not to be outdone, the JV boys were impressive in their win placing all 5 scoring runners in the top 7 for a team total of 21 points. Chris Lyders paced the team in second place, followed closely by Declan Stone-Murphy in 3rd, Sean Gazarik in 4th, and Cayce Reese in 5th. Logan Weber closed out the team scoring in a remarkable 7th place finish and Ethan Glenn joined him in the top 10 with a 9th place finish. Reed Henderson’s 14th place finish kept all 7 JV coyotes in the top 15.

The Open girls nabbed a second place finish led by Shelby Oke’s 6th place finish. Drew Bussanmas in 8th and Sophia Le in 10th were close behind. Victoria Armitage and Brynn Bussanmas in 13th and 14th closed out the scoring for the girls.

The Open boys had the most impressive win of the day with an almost perfect score of 19. Sam Carner, Trevor Senior, and Avery Conaghan nabbed the first three places followed closely by Ethan Hein in 5th, Ben Ponder in 8th, Max Blanco in 9th, and Cole Phillips in 10th.

Overall, the coyotes looked great in this meet and look to build on these successes next weekend at St. Vrain and beyond.

It’s shaping up to be a great season! 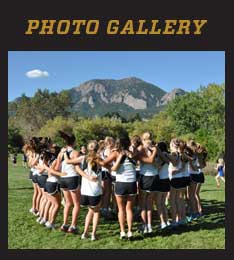